Nominating petitions for candidates for member of the Board of Trustees will be available as of Friday, July 29, 2022 from the Executive Director of the John Jermain Memorial Library, or at the Reference Desk of the John Jermain Memorial Library, between the hours of 10:00 a.m. and 4:00 p.m. For more information about the Library’s 2023 Budget Vote & Trustee Election, click here. 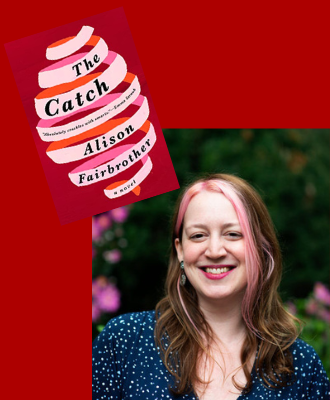 Join us to hear celebrated debut novelist Alison Fairbrother read from her book, The Catch. There will be a Q&A and book signings!

Alison Fairbrother is the author of the debut novel The Catch, which was a New York Times Editors’ Choice as well as an Amazon Editor’s Pick for June, and was named a “Best New Book” by People. Alison works as an associate editor at Riverhead Books. She grew up spending summers in Sag Harbor with her grandparents, Helen and Edgar Doctorow.

“Moving, witty, and unforgettable, The Catch is a story of the gifts we’re given over the course of a lifetime, by family, friends, and strangers—the ones we want and the ones that catch us unawares.”
— Penguin Random House
“A warm and funny debut novel . . . perceptive, wry, and witty.”
—The New York Times
“A big-hearted debut that absolutely crackles with smarts.”
—Emma Straub