One for the Books! 2018 with Kate and Jim McMullan 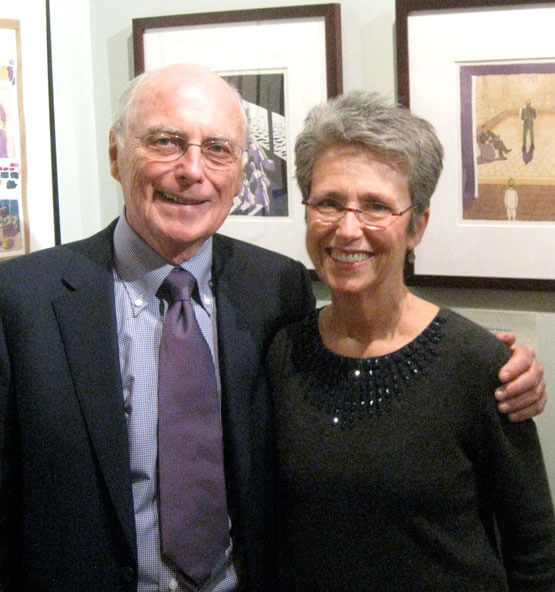 Kate and Jim are the author/illustrator team behind the incomparable picture book series I STNK!, transformed into the Amazon animated series, The Stinky and Dirty Show. Each is equally well-know for their individual contributions to art and literature.

Kate has written more than one hundred books for kids, including Fluffy, the Classroom Guinea Pig and Pearl & Wagner, which received a 2011 Geisel Honor. Dragon Slayers’ Academy, Kate’s series of early chapter books, features medieval mayhem, bad knock-knock jokes, and a pig Latin-speaking pig. For middle graders, Kate has written Myth-o-Mania, the Greek myths as told by Hades. She currently has five picture books in the works, including As Warm as the Sun, a story about the McMullan French bulldogs, Toby and Pinkie.

Jim has created images for magazine stories, books for adults and children, record covers, US stamps, murals, and animated films, but he is most well known for the over eighty posters he has done for Lincoln Center Theater. To celebrate this achievement Lincoln Center Theater has recently mounted a permanent exhibit of his original poster art in the lobby of the Mitzi Newhouse Theater. Along with his illustrated memoir, Leaving China, his other books are Revealing Illustrations, High Focus Drawing, The Theater Posters of James McMullan and More McMullans.

If you would like to buy tickets with cash or a check, please call Catherine Creedon at 631 725.0049 x223 or email catherine@johnjermain.org.