WE ARE OPEN!  The Library is Open for browsing, reference services, printing, faxing, and scanning by appointment. We are happy to pull materials for you to pick up during library hours–just call and ask for Plaza-Pick-up!

Place a hold in the catalog, call us at (631) 725-0049, or email us at holds@johnjermain.org to place a hold for pick-up. Our online resources, e-books, remote programs, and reference services are still available. 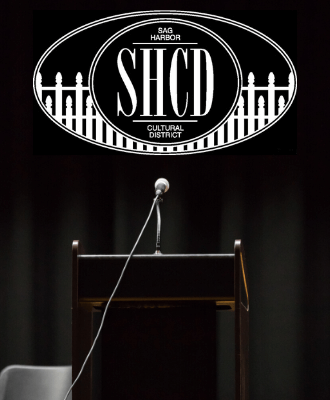 For adults only. Gerard Doyle will perform a dramatic reading of the 2 act-dramatic monologue “Fremont’s Farewell” by Shelby Raebeck. A renegade high school English teacher at a posh private school is on probation for “breaking the time-honored boundary between student and teacher.” In his final days, Ronald Fremont challenges his students to think for themselves, confesses his own shortcomings, and rails in profanity-laced diatribes against the status quo. Act Two occurs several years later when Fremont publishes a best-selling memoir and is invited back to the school to deliver a commencement address. With a captive audience, Fremont recounts his Lear-like descent into madness and the lifeline extended to him, until the graduation ceremony takes an unexpected turn.