Discussion of “The Moon Is Down”, with Donald V. Coers on John Steinbeck’s World War II novel 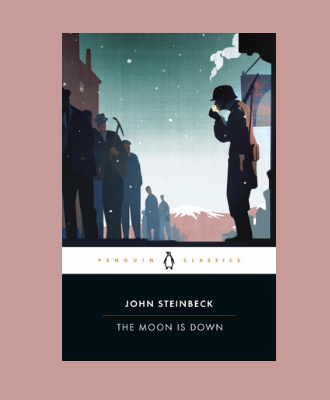 Canio’s Cultural Cafe presents Steinbeck, In Search of America, a series of talks, films, and more celebrating Sag Harbor’s Nobel Prize-winning writer, John Steinbeck.  All are welcome to participate. The Sag Harbor Cinema, John Jermain Memorial Library and The Church are all participating in this community celebration.

On Thursday May 19, join us for a discussion of The Moon Is Down, with guest lecturer Donald V. Coers on John Steinbeck’s World War II novel. Coers will discuss the relevance of this powerful resistance story today.  Richard Hart, Steinbeck Review editor, will also join the discussion.

A French language translation of The Moon is Down was published illegally in Nazi-occupied France by a French Resistance publishing house. Numerous other editions were also secretly published across Europe. It was the best known work of U.S. literature in the Soviet Union during the war. The book has appeared in at least 92 editions across the world.

Donald V. Coers is professor of English at Sam Houston State University in Texas. He is author of John Steinbeck as Propagandist: “The Moon Is Down” Goes to War and After The Grapes of Wrath: Essays on John Steinbeck. The Moon is Down tells the story of a military occupation in a small town by an unnamed nation at war with England.

To learn more about other events in the Steinbeck in Search of America Series follow this link.