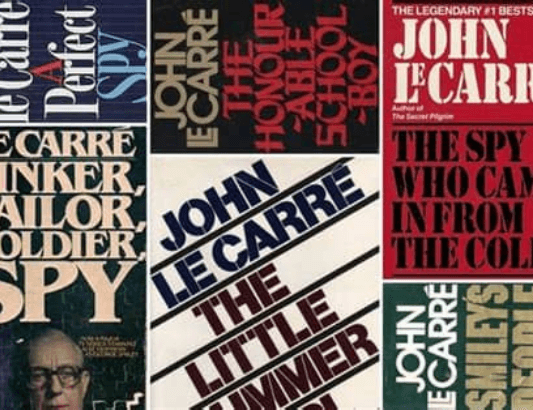 John le Carré,  the celebrated British spy-turned-novelist died on Saturday, December 10th.  Following his death, tributes poured in from around the world.  Here are a few of these tributes to a man who was revered by fellow authors and loyal fans.

“A literary giant and a humanitarian spirit.”    Stephen King

“…one of the great post-war British novelists.” Robert Harris

Ian Rankin praised le Carré for taking the genre of spy fiction “into the realm of literature.”

Author Robert Harris described  le Carré as  “a writer of immense quality” who “transcended his genre.”

Paulo Coelho believed that le Carré had not only been “a great writer but a visionary.”

Here are a few of John le Carré’s books which can be found on the library’s shelves right now.

Agent running in the field

A legacy of spies : a novel

The pigeon tunnel : stories from my life

A most wanted man